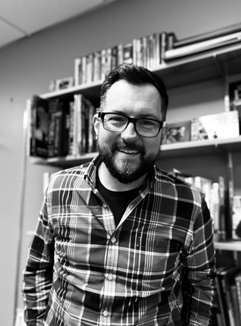 ​Dr. Matt Skillen is the R. W. Schlosser Professor of English and the Director of the Teaching and Learning Design Studio at Elizabethtown College in Elizabethtown, PA. Previously, Matt taught middle school English/language arts classes for Maize USD #266 in Maize, KS. He is an active member of the National Council of Teachers of English Middle Level Section and now serves as a member of the editorial team for Voices from the Middle. Matt’s work has been published recently in Expanding the Foundation: African American Authors of Young Adult Literature 1980 - 2000 and Getting to the Truth: The Craft and Practice of Creative Nonfiction.

​
Dr. Skillen's Keynote Session: Teacher/Designer
We interact with design every single day. From the roads we travel on, the buildings we work in, and the devices we carry in our pockets, all of these important structures and devices in our lives are the evidence of thoughtful design. Design thinking, the process designers use to identify solutions to everyday problems, involves abilities like: developing empathy, navigating ambiguity, being flexible, and constantly ideating based on feedback and input from users and stakeholders. Believe it or not, these design abilities inform remarkable teaching practices too. If you are a teacher, you are a designer. Think about the interactions you have with students, parents, colleagues and administrators. We build new relationships, creatively leverage all available resources, and innovate so that our students have every opportunity to succeed. As we connect this year at the 2022 Get Connected Conference sponsored by WPCTE and Saint Vincent College, we will encounter new ideas to fuel innovation in our classrooms. Let’s partner to design new possibilities for our students and ourselves.

Learn More About Design Driven Classrooms
“Designing the Year through an Empathy Lens” An opening editorial message from the Voices from the Middle Editors Matt Skillen, Robyn Seglem and Shanetia Clark. https://library.ncte.org/journals/vm/issues/v29-1/31422 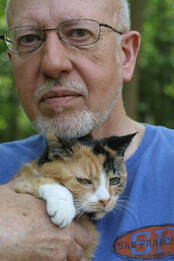 ​Dr. Richard Koch has taught writing at both the University of Iowa and Adrian College, Michigan. He is past Director of the Southeast Michigan Writing Project, and now serves on the Core Leadership of the Western Pennsylvania Writing Project at the University of Pittsburg. He is author of The Mindful Writing Workshop: Teaching in the Age of Stress and Trauma and co-author (with Jean Petterson) of The Portfolio Guidebook: Implementing Quality in an Age of Standards. A Book Study series on The Mindful Writing Workshop is available through the National Writing Project at the "Teacher Studio.” 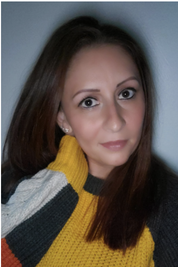 Gina Ligouri is a well-respected, trailblazing educator from western Pennsylvania. She has earned numerous teaching accolades and credentials, most recently being named Pennsylvania's Technology Innovator of the Year (2020). She currently chairs the English department at Montour High School in addition to teaching literature and co-curricular project-based learning courses. In addition to project-based learning initiatives, Gina’s educational interests include co-teaching, autism advocacy and school safety. She has co-authored and published a safety resource for elementary children. Gina's academic achievements include degrees from Carlow University, Robert Morris University and Duquesne University where she studied English Literature, Instructional Technology, and Supervision/Curriculum Development, respectively.

Sarah Mangan is a middle school English teacher with ten years of experience. She is a Western Pennsylvania Writing Project senior fellow and a two time award-winning young adult author. Her works are published through Wattpad, an online reading and writing international community, where she is a member of their "Stars" program. Through this program, she has written commissioned works for General Electric and Hulu. When she is not teaching and writing, Sarah enjoys spending time with her husband, twin children, and three dogs. 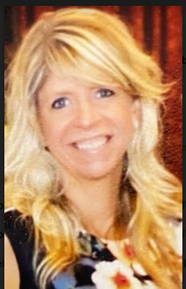 Megan Melucci, a St. Vincent College Alumni of Distinction, is also a two-time Discovery Educator winner in addition to being awarded the honor of being a Discovery Star Educator. She was a Discovery Digital Ambassador representing Franklin Regional integrating cutting edge technology to support student achievement and success. Melucci has been teaching for over three decades in the Franklin Regional School District. She held the title of Science Leader from 1996-2020.This year she is teaching for the Westmoreland Online Academy (WOA) that combines four Westmoreland County Schools in an online platform. She has been the recipient of the Spectroscopy  Society of Pittsburgh Science Teacher of the Year Award twice in addition to being a finalist for the Presidential Awards for Mathematics and Science. She received her Masters of Arts in Teaching from the University of Pittsburgh and spent two years as an adjunct teacher teaching Elementary Science Methods there. She was trained in Writers' Workshop for five years under the leadership of Valerie Piccini and Dr. Robert Buffone. This year Megan serves as Chairman for the Spectroscopy Society of Pittsburgh K-8 Science Teacher Award. 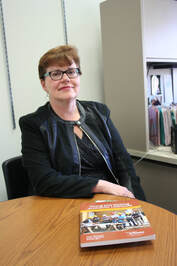 Dr. Laura Roop directs the Western Pennsylvania Writing Project, a site of the National Writing Project which has fostered powerful literacy work in the region for 39 years. The site offers professional learning opportunities for educators as well as programs for youth, partnering with local groups such as CREATE Lab, Saturday Light Brigade, and Greater Valley Community Services of Braddock. Dr. Roop earned her PhD in English and Education at University of Michigan. She has worked as a high school English teacher, as a countywide language arts consultant, and as a university outreach and communications director before coming to Pittsburgh. She is the co-author of Doing and Making Authentic Literacies (NCTE, 2014). 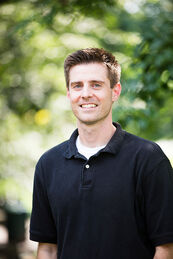 ​David Safin is Associate Professor and Chair of the Department of Communication at Saint Vincent College in Latrobe, Pennsylvania. He holds a Master of Fine Arts in Film and Digital Technology from Chatham University in Pittsburgh where he completed the thesis paper, "You Had to Be There: Documentary Techniques in Narrative Comedies." His thesis film, "The Birthday Present," which applied many of the theories detailed in his paper, has won multiple awards and screened at numerous festivals. His areas of interest include video production, television criticism, digital culture, and film studies. He and his wife Kate live in Jeannette, Pennsylvania with their daughter Lily and son Andy.